How Women Can Win at Negotiations 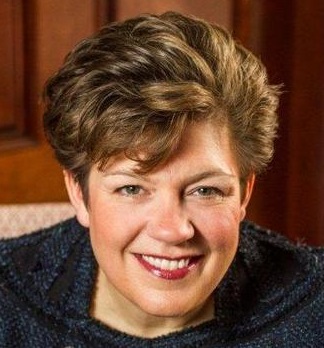 More and more women are speaking up for gender equality at work—advocating for equal opportunities and compensation, as well as a workplace free of harassment. But while women are strongly and boldly asking for what their teams and colleagues need, many women are still reluctant to negotiate for themselves.

When negotiation contexts are clear and unambiguous, recent research reveals few gender differences in the likelihood of initiating a negotiation. For example, you would not expect men to be more likely than women to initiate a negotiation for a customer contract or a supplier agreement. However, when the appropriateness of negotiating is less clear—as is so often the case for negotiating promotion opportunities, visibility, and resources—gender differences do emerge.

Professor Medevec is Academic Director of Kellogg School of Management’s Women's Director Development Program: The Journey to the Boardroom

Often, women view key assignments and promotions as a reward for doing a good job, so they wait to be rewarded instead of negotiating with supervisors for new opportunities. In contrast, research has demonstrated that men are comfortable seeking promotion even if they only meet some of the requirements of the new role.

Women should actively advocate for themselves and negotiate at critical junctures in their careers: on their way in, by putting themselves in the running for new jobs and negotiating their compensation packages; on their way up, by targeting and seeking development opportunities, visible assignments and promotions; and even on their way out, by negotiating the terms of their exit from a company. Here are five strategies that can help women negotiate effectively across their career.

Successful negotiations start with preparation. This means that if you find yourself caught off guard by a conversation, buying time is a good strategy. If you are in the hallway when your boss stops to talk about a new role within the company—or if you are unexpectedly demoted—requesting time to regroup allows you to approach the discussion knowing what you want and how you will ask for it.

You need time to prepare in order to ensure that the right issues are put on the table. Consider ahead of time how your differentiators can help to address the employer’s pressing business needs. It is critical in employment negotiations to highlight how you are unique in some way so that the company can do something for you without establishing a precedent that requires them to do the same for everyone else. Avoid any discussion that only focuses on salary since this single-issue conversation is likely to damage the relationship.

Preparation is also useful when initiating discussions about your future. If you are seeking a promotion or a stretch assignment, be ready to clearly articulate the value you can contribute. Preparation also builds confidence and helps to counter the “inner critic” that frequently convinces women they are not ready. Even if this legwork does not land you the opportunity you want, presenting a strong case for why you should be considered may prompt your boss to provide mentoring or further development that leads to another opportunity.

Focus on the Other Side’s Needs

Always frame your offering in terms of what the employer needs. Take, for example, a female executive who was offered the role of CEO at a company based in another state. The one-year contract the board offered her was not acceptable given the impact a move would have on her spouse and her school-aged children. So she framed her request around the company’s needs: she presented a five-year turnaround plan, laying out what it would take to hit yearly targets and requested a five-year contract to go with it. The board agreed. The executive advanced the company’s agenda, and she got what she needed.

When you can lead the discussion, you want to lead; you will gain an advantage by creating the starting point, putting the right issues on the table, and being the one who frames the rationale.

What happens when you are leaving an organization instead of arriving? It may seem counterintuitive to think about the employer’s needs when you are being let go, but it can be fruitful. I am aware of a senior leader who learned she was being terminated. After taking a moment to regroup, she focused on the company’s need to manage the possible repercussions of her exit: communication with the firm’s clients, transition plans for the teams, and communication with the internal team to ensure employees did not follow her out the door. By making the case that she was uniquely positioned to help the company, she bought herself room to negotiate an exit that took into account the company’s priorities and her own needs.

A large body of research has demonstrated that people who make the first offer get better outcomes. In job negotiations, people often defer because they think that the company may offer more than they would request. More likely, though, waiting leads to disappointment with what the company offered.

Granted, taking the lead can be difficult because you should not begin to negotiate until you have actually been offered the job. Additionally, particularly early in your career, the offer of employment and the terms of the offer are often confounded. In these situations, you cannot go first. However, as you become more senior, an employer may say that they are interested in hiring you and want to discuss what it will take. In this case, you would absolutely want to speak first. You would also want to lead in a negotiation with your current employer over a promotion or new assignment, as your existing role gives you more influence.

In other words, when you can lead, you want to lead; you will gain an advantage by creating the starting point, putting the right issues on the table, and being the one who frames the rationale.  Moreover, when you lead, you are in the relationship-enhancing position, whereas when you follow, you are in the relationship-damaging position, needing to reject or critique the employer’s initial offer.

How does leading the discussion look in practice? Say, for example, you are being considered to lead a major initiative at your company. You know that this initiative will require a strong leader who can establish internal and external support from many constituents. Knowing how important it will be for the leader to get buy-in throughout the organization, you make the case that in order to have enough credibility, it is essential for you to have a vice president title. You also include in your negotiation a discussion of the timeline for the project, key success metrics, and a salary consistent with the vice president role.

Many people, especially women, mentally “negotiate down” their own demands based on what they think the employer will accept before they even enter the negotiation. However, asking for more puts you in a stronger position from the outset.

Go into the negotiation with a credible plan—remember, your reputation is at stake. But be ready to concede in the process. Design your plan with room to make certain concessions, and develop a rationale for these concessions.

Say you need a full-time, dedicated support person on your staff. Knowing that the company has a hiring freeze, you may be tempted to ask for just a part-time position. A better approach might be to request two staff positions—one to work directly with you and one to support the team—with “room to concede” down to one full-time person.

You need to have the opportunity to concede, so be certain to negotiate either face to face or on the telephone. You should never negotiate for yourself via email, text, or a voicemail message.

Coming to the table with three offers rather than one can help you to get what you want. These “multiple equivalent simultaneous offers” (MESOs) help facilitate agreement. If you are arranging a meeting, would you offer just one day and time? Of course not.

In negotiating employment issues, MESOs change the conversation from “are we going to work together?” to “how can we work together?” Provide three packages, varying the issues that address the employer’s interests but are easy for you to provide, such as the strategic initiatives you will focus on, the timeline for doing this, and the metrics that will be used to define success.  salary. Roles, responsibilities, exposure, flexibility, and the kinds of customers one works with might also be on the table. Offering alternatives showcases your ability to collaborate and your willingness to find solutions that benefit the company—and help you. Just as importantly, it can also convey information about how you specifically are best equipped to address the company’s pressing needs.

For example, in the scenario above where you are proposing a vice president role for yourself, you might vary the timeline for the initiative, the plan for internal and external engagement, and the success metrics across the three offers. You might hold constant the vice president title, and in two of the options include the salary consistent with this role. In the third option, though, you might include a base salary that is slightly lower—but also a very significant bonus tied to achieving the success metrics. These three options will promote a discussion about the best way to carry out the initiative and what success will look like; they will also highlight your confidence that you can do this job well if you are a vice president. This is likely to be a far more productive conversation than one focused on your salary and your desire to be a vice president.

Negotiating for yourself does not mean that you should focus on yourself—in fact, by focusing on the other side’s needs and the company’s priorities, you are far more likely to achieve the outcomes you desire.

This article was originally published in KelloggInsight 1st March 2018.