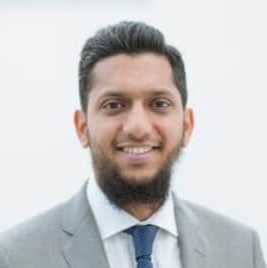 Dr Umar Taj is an Associate Professor at Warwick Business School in the Behavioural Science Group.

By downloading this resource your information will be shared with its authors. Full privacy statement.
Behavioural science can be a powerful tool for solving complex problems and even changing organizational culture. The key is to clearly define the problem and identify the specific behaviours that need to change in order to solve it.

Warwick Business School is one of the leading research and practice hubs in Europe for behavioral science in business. The school’s Behavioural Science Group has developed a powerful new type of custom program, called ‘Nudgeathon’. The approach uses ‘crowdsourcing’ to address hard challenges, and represents a safe space for organizations to bring their multiple stakeholders together, over a six-to-eight-week period, to untangle complex problems and develop new ideas.

“The FAO’s mandate—to help enable the world to nourish itself sustainably—links to so many behavioural challenges, but the complexity is always a barrier to entry. Nudgeathon broke down that barrier and got the behaviourally-savvy conversation started.” Courtney Price, Lead Behavioural Science, Food and Agriculture Organization, United Nations

Looking at the frameworks and methodologies that underpin this highly successful format in organizational development, is a revealing exercise for anyone interested in changing culture at their own organization.

The standard approach to effecting change assumes people act the way they do intentionally. The solution therefore lies in raising awareness of a better way to act, and using carrot and stick incentives to motivate a change in mindset.

A behavioural science, people-centred, approach takes a different tack. In complex situations people act as they do for multiple reasons—personal, environmental, economic, etc. Behavioural science digs deeper to understand the environment that informs actions and identify the specific behaviours it produces. The aim being to pinpoint precise behaviours that can be tweaked or nudged, to bring about a broader problem-solving change.

An example of this approach is found in the realm of recruitment and cognitive bias, where the standard approach would be for HR to attempt to train employees away from say gender bias—an indefinite mission. The behavioural science alternative would be to introduce a ‘blind’ selection process, presenting resumé information without clues to gender. In this case the standard approach—fixing all mindsets to remove biases—would be hard to achieve or verify. Whereas, by focusing in on a specific behaviour (resumé assessment) bias can be simply removed from the recruitment process and the problem solved.

It is the application of behavioural science to real business challenges that can often prove to be the main barrier to entry. This four-part (4Cs) framework from WBS and the Nudgeathon practitioners can be an effective guide.

CONTEXT: The business environment and the organizational context of the problem to be solved needs to be fully understood and a focus brought to bear on specific behaviours that have an impact on the problem.

As Dr Umar Taj, Associate Professor, Behavioural Science Group, WBS Executive Education, explains, “Quite often when we don't see culture change, it’s because people are trying to work at too high a level—wanting people to change attitudes and beliefs.” Taking the example of an organization that wants its people to be more innovative, he asks, “What is it that you want to see someone doing, so that you can conclude that now they are being more innovative?” Possibly it could be getting people to come up with more ideas whenever they're at a brainstorming session at the start of a product development cycle. “A solution could be found for that,” he says.

CLARITY: Absolute clarity on the problem to be fixed is critical. Vague or imprecise problem definition, with issues expressed in broad, generic ways will undermine the change process. ‘Behaviour mapping’ is used as an exercise to find clarity.

“Typically, when you run a behavioural map, it will identify 200 or 300 different behaviours, all of them contributing towards the big goal.” From this long-list the top five are selected to work on. “Clarity is about being absolutely clear on the behaviours that are observable and measurable. That's tough, because people don't like to be concrete—they feel it's too small.” They might ask 'getting to brainstorm more ideas, how can that solve innovation?’ “Culture is an aggregation of micro-behaviours,” Taj would reply.

CHALLENGES: It is important to fully understand the current and future challenges the problem and its proposed solution might create. Getting people to change behaviour in one way might have an adverse effect elsewhere that outweighs the initial good intention. Any potential unintended consequences of the proposed solution need to be thought through, fully explained and countered.

CHANGE: It is important to define what are the precise changes in human behaviours that would evidence that the problem was being solved or at least improved upon—that the initiative has worked. This goes hand-in-hand with ‘clarity’, because the clearer the definition of the necessary behaviour changes, the easier it is observe and measure change.

Large complex problems can all be presented as a descending hierarchy—from the global problem at the top, cascading down to the numerous concrete activities or behaviours of the various stakeholders involved that make up the whole. Typically, this will reveal hundreds of target behaviours from which the top few—chosen for their potential impact and ease of implementation—are selected to be worked on.

A successful behavioural science intervention depends on having a precise ‘Problem Statement’, at the outset, that states the specific behaviours the change team must work on to fix the bigger problem.

For example, if asked to ‘save energy’ in a student accommodation, the team would find this too broad to grasp. On the other hand, asking for ideas around getting students to spend less time in their showers or to turn off their radiators when out would be far more feasible, and the basis for a workable Problem Statement.

Solving complex problems in an organizational context can in itself be a complex task involving multiple departments or business units and widely varying perspectives. The Nudgeathon simplifies the task by bringing together the best possible team, through a crowdsourcing process, to create and stress test new ideas for changing behaviours, and to build capability for their implementation—across a six-to-eight-week interaction.

The Nudgeathon team of internal stakeholders and external behavioural science experts should include people who might play an influential role in facilitating change, and people who will bring diverse thinking. All the different stakeholders should be represented, and—bearing in mind potential challenges and barriers that lie ahead in implementation—it is important to include people likely to be affected by, or will be charged with managing the change process. The facilitator for each group will be an outside behavioural scientist, responsible for maintaining a structured process where all voices are heard and ideas assessed, and where senior or overpowering people do not dictate the pace.

As Nudgeathon participant Jimena Llopis Abella, former Behavioural Scientist at World Bank explains, “We invited as Nudgeathon participants those in charge of continuing with the project. So, the most valuable to me was to expose them to behavioural science thinking and get their buy-in with the ideas that came out of the event. I feel that now all parties speak the same language, and that is extremely beneficial for the continuation of the project.”

Warwick Business School is a leading thought-developer and innovator, in the top one per cent of global business schools.

A Blueprint for Smart Decisions