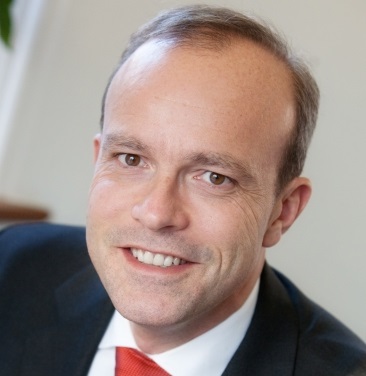 The Louvre museum hosted a wonderful exhibition: ‘Vermeer and the masters of genre painting’. Far be it from me to write an article on art or genre painting in the 17th Century, I don’t have the competence!

The work of the Dutch painter can however be understood in the light of management thinking and how a master of painting may have been a pioneer in applying Blue Ocean Strategy. (‘The Blue Ocean Strategy’ proposed by W. Chan Kim and Renée Mauborgne’s in their seminal 2005 book, is a marketing theory that shows the value of creating new demand in uncontested market space and making the competition who operate in the 'red ocean' irrelevant).

The 17th century is the golden age of Dutch painting, with an estimated production of five million paintings. This meant that the walls of every bourgeois interior were decorated, and that competition was raging between talented painters. It also meant that a bed or a wardrobe was much more expensive than a painting, even one by a renowned artist.

So how did Vermeer, who produced only 35 to 50 paintings according to sources, make a living from his art? The answer is simple: he unwittingly applied the principles of ‘The Blue Ocean Strategy’ differentiating his offer, pricing it very high and putting his competitors offside.

Let's see how Vermeer did this, because his immense talent does not explain everything (especially at the time):

Creation of a new strategic space

Vermeer has created paintings that go far beyond a simple representation. They all contain enigmas, often multiple, associated with traits of humour and irony. It thus creates an almost playful link between the observer and the work. It is no longer a picture, it is a game, a complicity. Vermeer invites the observer into the work. Opportunities for distraction were rare in those times, yet the painter offered many to his clients and the friends he received, beyond the purely artistic aspects of his work.

Vermeer showed amazing innovation in the techniques he employed. He used sand to flesh some textures, probably used a dark room, ‘camera obscura’, to play, like a modern photographer, with depth of field and paint perfect perspectives. As for the famous blue of his paintings, the painter used a rare and expensive material, ground lapis lazuli, which has incomparable intensity. He also painted spots of luminosity, in areas where they would not normally occur, to give certain details an original appearance.

By choosing to extract his paintings from the ‘red ocean’, Vermeer also freed them from the socio-economic context of the time and made them timeless works that do not reveal all of their secrets, many of which still remain today as sources of mysterious reflection. It is this strategy that undoubtedly makes his work a huge success, almost 400 years later.

Vermeer’s perceptive strategy has echoes in the work we do at HEC Paris Executive Education, where we help companies and managers in rethinking their strategies and help them differentiate themselves in their markets in order to create new spaces conducive to ‘blue’ growth.

Since 2014, HEC Paris has been a partner of the Blue Awards, an event that rewards French SMEs that have succeeded in creating a new Blue Ocean market, with their innovative products or services. The next Blue Awards will be held on November 30, 2017. Learn more here: https://blue-awards.com/

A Blueprint for Smart Decisions