Uncovering the Drivers of Gender Inequality 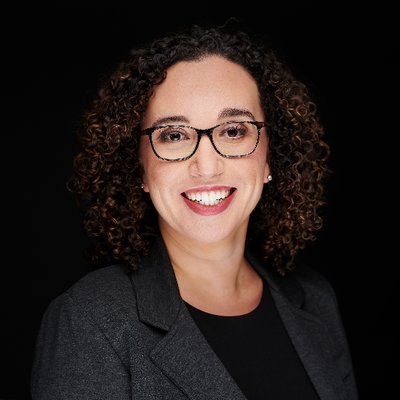 Mabel Abraham is an assistant professor of Management at Columbia Business School.

By downloading this resource your information will be shared with its authors. Full privacy statement.
Why does gender inequality continue to exist? Lack of awareness is probably not the issue here. The existence of gender inequality has been rigorously documented in many ways. Studies have shown that women consistently earn less than men—on average, 80 cents to every dollar earned by a man. Though this is an improvement over the 60 cents to the dollar earned by women in the past, there is also a long way to go before we achieve parity.

The so-called ‘glass ceiling’ is also well-documented, with a notable lack of women, more generally, in boardrooms, the C-suite, and upper management. There are also fewer women in various fields such as science and technology.

But despite proof that gender diversity leads to better outcomes in business and continuing efforts by companies and legislatures to address the issue, why does gender inequality persist?

The reason, I believe, is an overfocus on the surface manifestations of the problem, without a comprehensive understanding of the root causes. For example, we identify the inequality in pay and respond by urging companies to pay women more fairly.

We have to move beyond this approach and search for the underlying mechanisms that explain why gender inequality persists, why women are being paid less, and why there are fewer women in higher-level positions. Understanding these underlying mechanisms—the drivers of gender equality—is a necessary precursor to helping companies develop effective solutions to reverse the gendered patterns with which we are so familiar.

The Gender Bias in Evaluations

An example of an underlying mechanism that drives gender inequality relates to evaluations. More generally, whether applying for a job, vying for a promotion, competing for an award, or garnering credit and recognition, evaluations influence if someone who is being considered will ultimately be selected, overlooked, or passed over. When men are evaluated against women, they are often more likely to be selected, especially in cases where the job or task is more commonly completed by men and there is imperfect information. For example, if a position requires math skills, and the candidates’ skills are difficult to observe perfectly, the decider is likely to assume that men are more proficient in math than women are. This is partly because men are believed to be better in math, and because of this bias, men are more likely to be selected over otherwise equally qualified women.

The gender bias disappeared for the highest-performing recommendations (the top 10 percent), confirming the need for women to outperform men substantially before they can receive the same consideration.

However, the results also showed that the bias existed when the platform users—the evaluators in this example—had a large volume of recommendations from which to choose. In other words, gender bias was used as a sorting mechanism when the pool of choices was too overwhelming.

Understanding this underlying mechanism opens the door to solutions that can prevent future bias. If companies can limit the number of options—whether suggestions, recommendations, candidates, or any other set of choices—that are being considered, they can reduce the likelihood of gender bias in their evaluations.

This driver of gender bias—specifically, the use of gender as a means of winnowing down a pool of choices—is certainly difficult to observe. This research serves as one example of how unpacking the underlying mechanisms of gender inequality can lead to practical and effective solutions—and eventually the elimination of such bias in the world of business.