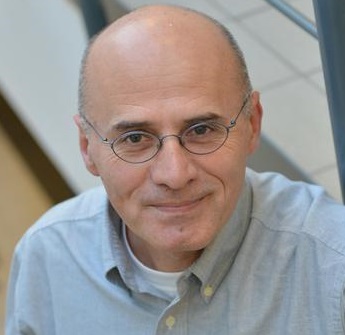 Uber CEO Travis Kalanick issued an apology to staff last month after a video surfaced of him yelling at one of his own drivers.

We have not been used to leaders candidly admitting that they must ‘grow up’ and that they are in need of ‘leadership help’.

Yet, to his credit, Travis Kalanick, following the video-taped incident, did exactly this. His misbehaviour is a useful reminder that to be a successful entrepreneur, or to be the top gun in an organization, does not mean that you are necessarily fit to lead.

Mr Kalanick lets us know why: leadership is about leading others, meaning, among other things, behaving in a way that makes the community one leads ‘proud’.

A leader is the chief educator: everything he or she says is watched; their language and the manner of their communication sends messages to followers, whether they like it or not. People look up to the leader for inspiration and exemplary behaviours just like children look up to their parents.

Does it mean that leaders cannot make mistakes? Well, in a 24/7 society, the latitude for mistakes is small. Once caught misbehaving, you have no choice but to apologise, if you want to maintain your credibility and, through it, the trust of internal and external stakeholders.

An apology, especially one that feels authentic, like Mr Kalanick’s, is cathartic – humility pays off; a new start is made possible. By exposing his vulnerability, Mr Kalanick paradoxically strengthens himself: people are more likely to trust someone who admits mistakes and is committed to improve his leadership style. When a weakness is admitted, half the problem has been addressed.

Does Mr Kalanick’s misbehaviour reflect Uber’s broader culture? One does not know, but it does look that way, especially in light of recent allegations of ‘systemic’ sexism and an HR department that, allegedly, does not look into employee complaints seriously.

We have not seen at Uber strong evidence of a culture of self-restraint, employee development, and high trust. The phenomenon is not new. Companies aggressive in the marketplace, are likely to push ‘soft’ issues to the side-lines, as they become obsessive with margins and market shares.

It takes a self-restraining leadership, wise enough to be aware of such tendencies, to hold back the company’s aggressive urges so they do not spread to the internal environment of the organization.

Leaders must have the maturity to see that, by focusing intensely on commercial objectives, they are likely to disregard other important issues.

When their own behaviour becomes problematic in a publicly visible way, it is a realisation that it is not just themselves that needs to ‘grow up’ but the whole organization needs to shift to a more sophisticated level.

And this is why, ultimately, Mr Kalanick’s overwhelming admission of guilt should be seen positively: by being prepared to work on himself, he is making an indirect commitment to work for the development of the culture of his company - to help make it more humane, more team-oriented, and more trusting.

An apology for his misbehaviour can be a powerful symbol for a corporate apology – and the opportunity to address seriously the company’s weaknesses. Mistakes are cathartic, provided leaders actively acknowledge them.

Warwick Business School is a leading thought-developer and innovator, in the top one per cent of global business schools.

Rose Patten, Chancellor of the University of Toronto, in an interview and event focusing on the eight capabilities of resilient and intentional leaders