Matthew Cobham, the Director of Indoor & Outdoor Lighting Innovation at Signify (previously Philips Lighting), has over 20 years’ experience working in lighting application and design, having studied Light and Lighting at the Bartlett School of Architecture, UCL. 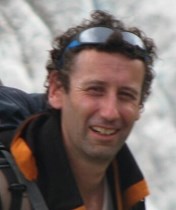 Matthew has had a management role since 2007, having managed seven teams across Asia and also having led several mountaineering expeditions in the Himalayas. Today he is increasingly called upon to contribute to strategic decision making. Consequently, he now seeks to up-grade his skills, deepen his knowledge, and build his confidence in order to operate more effectively at this more senior leadership level.

“I found myself coming into contact with the senior corporate world, moving further away from being a lighting specialist and into more strategic roles… I've come to find through taking different roles in marketing and business development that broadening out what I do into general management roles is where I would like to take my future,” says Matthew.

Having discussed his thoughts with a friend and a colleague, who had both completed MBA programs and who encouraged him to consider one, Matthew decided to have a chat with emlyon business school. This made sense because of the school’s high reputation and its deep involvement with innovation, one of Matthew’s key motivators, and because he and his family were based in Lyon. But he came to the school with a very open mind about what type of course he should take – thinking perhaps a general management course. “They said to me, you shouldn't even question it, do the EMBA. Because of your experience and the level of people you want to interact with, there's no question. So I said okay.”

That was the starting point. With support from his wife, family, and colleagues at Signify, he committed to the 20-month part-time EMBA program starting in October 2017. Now well into the program, he believes his investment is well made. The program is very rewarding and the experience is already proving to be valuable at work.

Matthew recalls speaking in the past to people who think they are not quite the right calibre of person for senior leadership. “They've got huge technical skills and abilities, but leadership at that level? …do they need to have something else?”  And he now concludes that “In fact it turns out that there isn't another magic ingredient available that you could have had. It's down to your own drive and personality more than anything else, and desire to do it.”

Asked what the key elements of the EMBA program are that he has found so rewarding, he suggests there is a 50/50 split between the intellectual content and the interaction with other participants and faculty. The participants on the program are from very diverse backgrounds with very different outlooks, including for example, as well as marketing and corporate professionals, a nuclear physicist and a surgeon. 40% are also women which is part of an encouraging trend towards gender parity.

As far as the content of the program, Matthew says the essential point is that the knowledge he is acquiring is “formalising” things he has already experienced. “With the exception of finance, which I've sort of discovered through doing this, everything else I've done in some way or another in my career.” This is good because he can actually relate some of the lectures and interactions to reality, as he says “What it really brings is a structure and depth in a relatively short space of time, even part-time, so you can get that broader perspective.”

Although the content is not all new, much of the detail and the ways of looking at it are. For instance, Matthew has been surprised by many of the aspects of organizational behaviour, revealed by scientific research, they have discussed during the course. Understanding the dynamics of behaviour and such things as ‘groupthink’ are details that he believes will be good to relate back to the work environment. While finance has been challenging it has also been, he says “…one of the most rewarding subjects. It goes well beyond just accountancy and into value creation and decision making... I'm already in management meetings at work looking at profits and loss etc., and now understanding the mechanics puts me in a much stronger position.”

Another important part of the content that Matthew finds valuable is the personal development side. “So far on the course there's been a strong element of self-development, self-inquiry, to help you engage and relate to other individuals, different situations. So of course, there's strategy, marketing, finance, all that important stuff, but then also how you are as well as an individual. And maybe that's perhaps the most important element,” he says.

Asked about the logistics of committing time to an EMBA when he already has a big job and how he fits it all in, Matthew says “It's quite tough but I would encourage other people who have doubts, to put some things in place and have some good conversations with your partner for sure, but definitely go for it, because the value is beyond the pain.” At the beginning of the year before the finance exam, he was getting up at five in the morning, studying before going to work, late at night, and at weekends. “But it's not like that all the time,” he says. “There are intense periods. But once you get used to picking up your pen, which you haven't done for a few years, then it's really pretty okay.”

He is in no doubt about the investment being worth it. The context in which he works, where Signify has moved to providing solutions for cities, chains of retailers and many other end users, brings a completely different dimension to the business in terms of the decision making and the stakeholders he must now interact with. The broader perspective brought by the EMBA will help him better understand stakeholder needs and the deeper social impact of each project – whether it be a city, a hospital or a major stadium.

Matthew admits to having had doubts in the past about the value of MBAs per se, doubts other senior people he knew shared. He now says that “If you want to structure what you're doing or to give yourself a bit more confidence to go into a more senior role, and broaden out what you're doing, it's a great thing to do.

“What I hope for in my case is that it will put me in the right position to take myself forward another step, wherever that is, and maybe get some more money though that isn’t the starting point at all.” His motivation is to help fulfil his own potential or as he says “…just bringing out what is there... they talk a lot about self-development and I think it’s this that brings you more awareness of what you really are capable of doing.”