Hult Ashridge’s Professor Debbie Bayntun-Lees enquires into the injustice of being ‘silenced’ in everyday conversation, as often experienced by women in the workplace 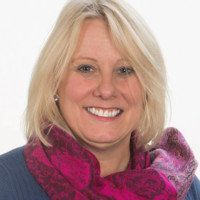 By downloading this resource your information will be shared with its authors. Full privacy statement.
As we grapple with social distancing and the many other restrictions set to change our daily working lives over the short-term and beyond, ensuring that a diverse range of voices is being heard and listened to right across our organizations will be critical to recovery and a return to some normality for business.

If, as has been suggested by many commentators, the normality that we return to is a ‘new normal’, then let us make it better than before. We should aim to remove some of the preexisting barriers to communication that too often hold back talented individuals and hamper organizational performance.

One such barrier that is rarely discussed and often hidden, is the phenomenon of ‘social silencing’, as often experienced by women in the workplace and elsewhere. Attempts to improve gender diversity at work, particularly at senior levels, can only succeed if women’s voices are heard and listened to.

My recent research draws upon feminist theory and philosophy and explores women’s experiences of being ‘silenced’ in everyday conversational life; I consider the impact that silencing has on women as individuals and on their organizations; I also suggest ways of strengthening female voices, as a means to overcome social silencing. The research, which draws on the experiences of women from family life, with teams and leaders, and from the boardroom, holds important implications for leadership and organizational development, especially for practitioners working to improve quality of team effectiveness and culture.

Attempts to improve gender diversity at work, particularly at senior levels, can only succeed if women’s voices are heard and listened to.

Life is lived and work is done through conversational practice, and conversations are invariably influenced by underlying power dynamics. The male/female power dynamics are well understood, going back for millennia, but they are changing, as are power dynamics at work generally, with an increasing emphasis on equality and gender parity. However, change is slow. Many women report being prevented from speaking through the oppressive acts or omissions of another, in work or social situations, involving two or more individuals. When this happens at times when their voices should or could be heard, the woman is being ‘socially silenced’.

This is not something for which women are to be blamed, though it is something they can do something about and it is very much something team leaders and HR professional should be aware of and take action to counter. Changing the power relations at this level of social interaction will ensure greater diversity of thinking, sharing of ideas, and generally healthier more balanced workplaces.

It is difficult to understand why, seemingly capable, articulate women can sometimes experience feeling silenced or being without a voice. In the many conversations I have had with women it is clear many do not understand this themselves. I would entreaty women having these feelings to inquire deeply into the detailed nature of the experiences that caused them, to gain awareness of the power dynamics involved and to understand their own reactions. Self-awareness, coupled with a greater awareness of the patriarchal environment they inhabit, is the first step to gaining a strong voice and being completely heard.

By studying the complex practices that produce social silencing in detail, the phenomenon can become visible and more readily understood. By removing it from obscurity and clearly naming it for what it is, women can find the means to disrupt silencing processes, processes that are now revealed as aspects of productive power.

By disrupting the ‘technologies of power’ that lead to silencing, women who have had these debilitating experiences can be freed to discover their political selves, re-visioning their feminine subjectivity to counter the silencers, and play a fuller and more fulfilling role at work and in other social settings.

My research suggests that social silencing is an act of oppression that happens on a regular basis both at work and elsewhere. For many women, acknowledging its existence necessitates a major re-evaluation of their view of the world, perhaps seeing for the first time that women are perceived as inferior beings, and that thinking sexism and oppression were things of the past was a misunderstanding of reality. It also means examining the ways that they as women can be complicit in, and actively participate in their own oppression.

By removing it from obscurity and clearly naming it for what it is, women can find the means to disrupt silencing processes, processes that are now revealed as aspects of productive power.

Women in leadership positions, who consider themselves free of oppression and confident in being heard, may see feminism as an unnecessary distraction. However it is important for them to remain aware of social silencing and other unjust treatments of women that their female colleagues and employees may be experiencing. They should seek to be a force for ensuring equality and mutuality within their own relationships and within their organization.

As a researcher I acknowledge the impossibility of finding the ultimate truth that leads to freedom. Although the data I have collected generally points in one clear direction, I recognise that the experiences of no two women are the same and all workplaces and organizational cultures are different. I do believe, however, that the prevalence of ‘social silencing’ at work is inhibiting both to women’s career progression, and to the development of diverse and equitable organizational cultures, and ultimately to organizational effectiveness. Men and women in leadership positions, as well as HR professionals, should take account of this and act to counter it where they can.

Remote Working Is Here to Stay

How to Arrange Remote Work to Boost Employee Satisfaction