No, Robots Aren’t Destroying Half of All Jobs 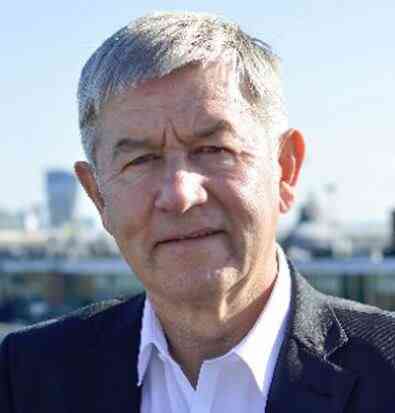 Leslie Willcocks is an Emeritus Professor of Work, Technology and Globalization in the Department of Management, at the LSE.

By downloading this resource your information will be shared with its authors. Full privacy statement.
According to a 2013 report from Oxford academics, 47% of workers in America have jobs at high risk of potential automation. It is an alarming top-line figure and one that has gained a good deal of traction in discussions around the future of work—and is still often repeated today.

Speaking at the LSE Festival, Leslie Willcocks, Emeritus Professor of Work, Technology and Globalisation at LSE, described a set of eight important qualifiers to that figure—which highlights critical nuances within the realm of new technology and how organisations are actually adopting them ‘on the ground’.

1. It is not whole jobs being lost

Only about 9% of whole jobs can be automated at this moment in time—and that is before we ask whether they will or won’t be automated, for a myriad of reasons. It is tasks and activities within jobs that will be automated—60% of jobs are likely to be 30% or more automated by 2030.

2. Jobs are being created too
Many of the earlier studies in this field left job creation out of the equation. New studies have shown that, in fact, net job loss from technological deployment is about 1%. This includes our own research at LSE, and is supported by research at McKinsey & Company, PricewaterhouseCoopers, and the World Economic Forum. These studies indicate 18% of job loss on a global workforce, but a 17% of job gain as a result of these technologies—giving the net job loss of 1%.

3. Overconfidence
There is a significant over-belief in this technology—a belief that we will see a seamless tsunami of technologies entering our organisations, being welcomed with open arms and adopted smoothly. The reality is very different. Technology has never been a ‘fire and forget missile’. Historically it has taken 10-26 years for a major technology to become 90% utilised, across the developed economies. For example, we were projected to have driverless vehicles by this point in time—in reality, adoption of that technology has proved much more challenging.

4. Imperfections
There is also an over-belief in the perfectibility of the technology. Researchers are prone to thinking of automation as either perfect already, or easily perfectible. People who have worked with technology in the 80s, 90s, and 00s will tell you: we have always been told a technology is going to be perfect one day. Many thousands of upgrades later we are still working with imperfect technology.

5. Human skill
People grossly underrate the distinctive human skills that cannot be replicated by these

technologies. Studies by LSE and others identified 17 sets of skills people use at work and estimated only six of those could be automated at any time in the next ten years. Humans have strengths—especially using skills in combinations—that machines are unlikely to replicate any time soon.

6. Demographics matter
Ageing populations—for example those of China and Japan—possess skills deficits, which can be addressed by automation. Automation here becomes a coping mechanism as much as a mechanism to drive growth. These countries are not going to meet their productivity and growth targets unless they start using automation technologies very seriously. It is not the same in every part of the world.

8. Skill shifts not losses
A bigger issue than job losses—in our debates about the future of work—should be skill shifts. Over the next 10-20 years, low-skilled work will go from 44% of the workforce globally to around 32%. There will be skill shifts towards non-repetitive work, digital work, STEM skills, cognitive skills—distinctive human skills that cannot be replicated. Not developing these skills will create capability gaps that impact adversely on productivity, but also, perversely on speed of automation. I don't think any of us—corporates, educational institutions, governments, or individuals—are set up well to deal with these dramatic skill shifts.

Leslie Willcocks is an Emeritus Professor of Work, Technology and Globalisation in the Department of Management. He is a course contributor to LSE’s online certificate course Technological Disruption: Managing the Impact on Business, Society and Politics.

At LSE Executive Education, we see the world as interconnected.

Supply Chain Disruption: From The Back Office To The Boardroom [ROUNDTABLE]