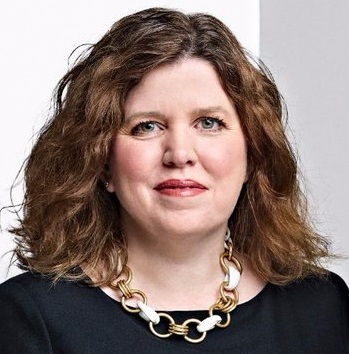 People were taken by the ‘Integrative Thinking’ concept right from the start, but for many it remained too abstract and the practitioner examples too remote. It did not translate all that well to young executives, some of whom barely understood what a CEO did. They were motivated by stories of brilliant leaders, such as Jack Welch and A. G. Lafley, and understood that there was some magical thinking process to get to the solutions, but they could not understand what that process was or how they might use it themselves.

Roger and I decided that we wanted to dive into the methodology. We wanted to figure out, if Integrative Thinking did not come naturally to everyone, what steps would enable individuals to learn it in a repeatable way and to apply it in team situations. The Opposable Mind had focused on individual leaders, as an elegant way to illustrate the concept, but individuals rarely operate alone. In fact, we are increasingly asked to bring together cross-functional and diverse teams to solve problems, as organizations recognize the value in bringing different perspectives to bear on problems.

Team dynamics greatly complicate decision making. In the worst cases, you wind up with a bunch of people with different perspectives and the loudest voice or the most senior person wins. This tends to be the outcome unless there are methodologies to really leverage the different perspectives in the room. Typically, people come into the room clear on the answer they like best; if others have a different answer, they must convince the team that their answer is right, using all of the traditional tools of argument, having meetings before the meetings, and, this is my favourite, pretending that we agree – despite a fundamental disagreement someone will say, "I think you're really both saying the same thing." Of course, we are not saying the same thing, but we are all nice people and think a good meeting is a meeting where there is no conflict. So, the course of action is compromised.

The other complication in group decision making comes from the belief that the ‘data’ will propel us to the right answer, that we should be able to rationally and unemotionally assess all of the data available and come to a shared clarity about the right answer. Unfortunately, that's a fundamental misunderstanding of how we engage with each other and about the nature of data.

Data is a human construct. We have chosen to collect some information and not others and we have interpreted it to mean something. The notion that all human beings could look at the same data and come to the same answer may be true in a scientific experiment with controlled variables but is a fallacy when we're talking about things like how consumers behave. In a complex and adaptive social system, it is really hard to arrive at a shared understanding of what the data really is, let alone what it means, let alone what we should do on that basis.

We see a good meeting as one where we think together, where we're able to dive deep and actually leave the room with a better answer than the opposing answers we came in with. It is an approach where we say, and mean, “I want to have a conversation with you about this idea,” rather than “All I want is for you is to listen to my brilliance for an hour and then nod yes.” It is a way of engaging with the complexity of ideas that acknowledges there are many different possible answers. And our job is not so much to choose between them, as to work together to create better answers than we have today.

Taking this approach, we have worked with business students and executives from a broad array of industries, on problems of all types. We have also extended to the application beyond business, working with teachers; we have trained about a thousand educators over the last five years to use Integrative Thinking processes in their own classrooms on whatever subject matter they happen to be teaching.

Going broader still, in 2016 Roger joined the Martin Prosperity Institute to consider the shaky foundations of ‘democratic capitalism’ – further shaken since by the rise in populism and political extremism – and to apply Integrative Thinking principles to help solve some of the tensions between free market capitalism and liberal democracy. At MPI, we have been considering ways of innovating within the system of democratic capitalism and really thinking about how we can create better answers that ensure its longevity. Why? It is not that we believe democratic capitalism is perfect (it is definitively not), but it must be superior to the alternatives.

One key issue for the future will be how to turn traditional low-wage, low-skill service jobs into jobs that provide scope for creativity and independent judgement. In doing so, we can make those jobs more valuable. How do we think about a service-based economy that creates something other than a horribly divided society? This is a problem that could use some Integrative Thinking.

View a recording of this workshop with Georgetown McDonough’s Eric Koester, to help you manage internal innovation, lead change and activate intrapreneurship inside your enterprise

AI and Big Data: Reality Beyond the Hype