In Defence of the Levy 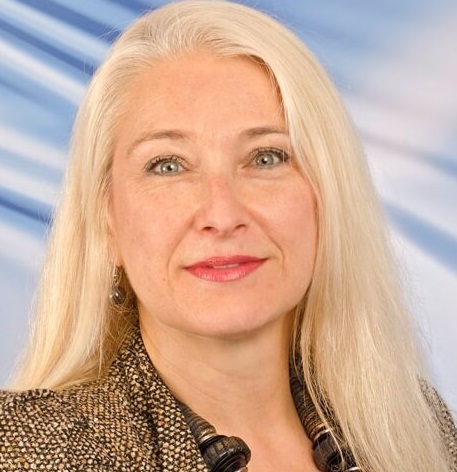 The Reform think-tank report – claiming the use of the Apprenticeship Levy for higher qualifications is a “mislabelling” of courses – feels like an outsider’s view, remote from the realities of business needs.

At the heart of the apprenticeship model is the principle that they should be employer-led and employer-funded – a virtuous circle delivered by a programme that’s rooted in specific job roles and the actual work demands of the sector context. There are obvious benefits to the employer in terms of relevant skills, development and productivity, which in turn encourages them to invest further.

Apprenticeships are going to be an important option for more school-leavers, but this isn’t the only urgent need among employers. Reform’s report adds to the muddled commentary around apprenticeships where they are seen as being exclusively for young people entering the world of work. This commentary does no favours to a younger generation desperately in need of entry-level positions.

The UK is recognised by the OECD as having a ‘long tail’ of low skilled workers. In terms of the proportion of adults with higher level qualifications, and despite the strength of its HE system, the UK is ranked only 11th (OECD, 2015). This means that we have large numbers of employees trapped in lower-level posts and in need of upskilling to play a full part in the digital economy. At the same time, we have employers frustrated by a lack of the right skills at higher levels. Upskilling their workforce will enable experienced employees to move into more senior roles and free up entry-level positions for younger people.

The strength of the apprenticeship system is that it works at every level from 16-year-old school leavers without academic qualifications to high-flying middle-managers trying to take the next step up in their career. You can take up a GCSE equivalent apprenticeship with an FE college or you can do a prestigious MBA, at a place like Cranfield. It doesn’t have to be and shouldn’t be a case of either or.

Management skills are an important example of where the UK struggles to further develop mid-career workers. In its recent report, the Chartered Management Institute has claimed UK organisations lose £84 billion in lost productivity due to poor management. The CBI has identified effective management practices as an important factor explaining the substantial variation in productivity that exists between UK firms. Poor management is also among the highest contributors to business failure. As a result, there is significant interest among employers in management-focused apprenticeships. And given the demand, Cranfield University’s School of Management has responded by radically re-designing its Executive MBA as an apprenticeship, in close collaboration with industry partner Grant Thornton. The results have been startling, with a substantial increase in student numbers. These student apprentices come from diverse backgrounds, different industries. Many are under 30 years of age, but all have high future potential that their employers recognise and want to invest in.

Higher-level apprenticeships are – and increasingly will be – a driver for helping employers address skills needs, getting to the core of the UK’s productivity issues, and encouraging growth. The real impact and value from the levy will come at degree and Master's level - filling skills gaps in areas like management, engineering, digital and technology solutions, aerospace software development, and even in finance and banking needed for the shift to industry 4.0 models. For society more generally, higher-level apprenticeships are also a way of levelling the playing field, opening up access to well-paid managerial roles to people who haven’t necessarily come through traditional academic paths and where there might not be a family history of going to university, let alone of benefiting from postgraduate education. One-in-seven apprentices on Cranfield’s Executive MBA have come into postgraduate education without having a first degree.

We’re only one year into the levy. The apprenticeships model needs a period of stability to work itself out and to be embedded. It’s too early for a meaningful assessment of the value of the scheme and, at this stage, the calls for further new reforms look unhelpful. Whilst some moves to simplify the system would be eagerly welcomed by all parties, proposed changes that confine apprenticeships to GCSE or A level equivalents should and will be strongly resisted by employers who desperately need higher skills to grow their businesses. For the UK to thrive, we need apprenticeships that work for everyone.

Further reading: ‘Apprenticeship Levy: A Guide for the Perplexed’ - A complimentary eBook from IEDP Developing Leaders

Thinking: brilliantly applied for the decade ahead