Ryan Hamilton discusses the value of scientific thinking in business 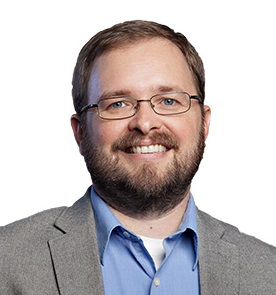 Businesses today are constantly searching for ‘new’. This is not just a drive to persuade tired consumers that they need to update or replace their products or services—it is a response to the dynamism of the modern marketplace. If you are not pushing boundaries, then you are going to be left behind. It is your competitors that are forcing the pace on ‘new’, and everyone has to play the game.

Ryan Hamilton is a physics graduate who took his graduate studies in the direction of psychology and consumer behavior with a PhD in Marketing. He is now an Associate Professor of Marketing at Emory University’s Goizueta Business School.

With his scientific background, Hamilton is passionate about businesses experimenting more in their search for improvement. “I encourage people to make hypotheses and not predictions,” he asserts.

A hypothesis and a prediction are both forecasting an outcome from a set of events, but there is a crucial distinction, and it is Hamilton’s psychology training, not the physics, that is the pivot in this distinction. Hypotheses create a mindset of exploration, where the possibility of that outcome not happening is totally acceptable. With predictions, there is an expectation of a particular outcome. As Hamilton has observed in the classroom, through rigorous research, and through consulting, our human desire to be proven correct around predictions will bias our management of situations to enable that outcome to be achieved, thus often corrupting the reality of the experiment.

He cites an experiment run by the psychologists Rosenthal and Fode in the 1960s1, where two groups of students worked as lab assistants, running rats through a maze. One is told that their rats were especially bright at maze running, while the other group is told that their rats were especially dim-witted at maze running. Sure enough, the ‘smart’ rats were found to run mazes faster than the ‘dumb’ rats. In reality, all the rats were exactly the same—any differences came purely from the expectations of the lab assistants. Unwittingly, each group has cajoled or enabled the predicted superior rats to be superior. We do the same in business, says Hamilton. Our unconscious biases surface and distort results that then lead to decisions being based upon faulty data. He notes, “Too often in business we jump straight from prediction to action,” and this leads us to poor decision-making. “I am very much behind the move in business towards experimentation. I think that is one of the best things that has happened in business in the last 20 years.”

The shift to a more scientific approach is not a simple one. There remains an intrinsic resistance to applying rigor to business options. Hamilton finds he gets a lot of pushback when he suggests, particularly to consultants, that they try more scientific approaches. “I start off with emphasizing the idea that theory is not a bad word in business.” Theory can sometimes be treated as something from the ‘Ivory Tower.’

Hamilton counters this by asking people to offer a solution to increase the sales of a product. Most often, in response, he will be presented with a way to reduce the price. Lowering price is a straight-forward strategy, he explains. “It's a strategy that can lead to increased sales, but why is that your strategy? Why do you think that works? Very rapidly we come to this Economics 101 idea that demand curves slope down and if you lower the price more, people will buy. I point out that this is theory—and that it's a good thing! It's impossible to escape theory. All that we do is based on some theory that we have about the way the world operates, whether or not we've chosen to articulate that to ourselves, and whether or not we've chosen to test it rigorously.”

Once people see that theory need not be overly purist and academic, they tend to be more comfortable using and accessing it, but Hamilton warns there is a balance to be struck. Because theory remains ‘theoretical,’ it almost always has exceptions, especially in the social sciences. In the Pricing Theory example, there are Veblen and Giffen Goods that have upward sloping demand curves, counter to the dominant theory.

“Every theory has boundaries. There's no theory of human behavior that is true of everyone, all the time—none,” says Hamilton. This is the foundation for why he considers experimentation and testing hypotheses to be so crucial. “If you want to apply the best science, if you want to have the best theory for improving your business, improving sales, improving management within your company—you need to recognize that those theories, even if they're generally true, are not always going to be true and so it becomes vital to test them. To figure out: ‘am I within the boundaries where that theory is valid?’.”

So back to the psychology of adopting a testing mindset—it is not easy, as Hamilton acknowledges.

“It comes with a lot of negatives. In the first place, it requires the acceptance that there are no permanent solutions, as markets evolve and people change. Secondly, it is scary as we have to accept there are limits to our expertise and knowledge.” For scientists this is a prerequisite to be forever exploring the boundaries of their understanding, but for business people it can be unnerving. Business people do not like to be seen as ‘not knowing.’ “If you don’t know, what are we paying you for?” This can be a difficult mindset to break from.

Shifting mental models is never simple, but the best business people are forever questioning their assumptions and doing it in a methodical, scientific way. As the world continues to seek for more ‘new’ and AI brings more data into our lives, those people who can manage these new landscapes scientifically will have much stronger foundations from which to make their decisions.