Historical evidence and economic theory suggest that advances in technology do not cause structural unemployment, and that productivity gains and demand for new products create enough new jobs to offset those lost.

Today however, technology may be advancing so rapidly that much of the workforce can’t be retrained with new skills fast enough, according to Michigan Ross professor Mohamed Mostagir. What has changed is the speed at which new skills become outdated.

Speaking at the 2016 SXSW Interactive conference Mostagir argued for the need to quantify the skills gap and explore possible solutions — both educational and societal.

Manpower’s 2015 survey found that 38% of employers worldwide had difficulty filling jobs, a 2-point increase from the previous year. Albion Ventures’ 2016 survey reveals a lack of skilled staff to be the biggest single issue facing SMEs in the UK. While at the same time, machines are getting better and smarter – so if machines are not going to replace more and more human jobs we need to act now.

“I don’t think just continuing what we’re doing now is a good option,” says Mostagir, “There are lots of new technologies, such as self-driving cars and advanced neural networks/deep learning, that need to be perfected before we get to a point where it causes mass, structural unemployment. Now is a good time to study this so we have smart answers when we get there.”

Measuring the skills gap is the first step. It will then be necessary to change education and social policy to adjust to the new realities, suggests Mostagir.

“If you look at education, we’ve been teaching people the same things and mostly in the same way for the past 20 years or so, as if the skills demand never changes…. At Ross, I know we are asking companies more pointed questions about the skills they need so we can best match our curriculum to current and future needs.”

“People say ‘we have to retrain workers,’ but you can’t just wave a wand and endow someone with skill,” says Mostagir. “It takes time and resources, and by the time training is done the demand may have changed.”

For example, the future of work will likely involve close human-to-machine interaction, even in the creative fields of art, design, and writing. Mostagir says a system that can continually measure the new skills needed and predict them accurately will be a useful guide for educators.

“It’s becoming clear the combination of machine and human is highly efficient and effective,” he says. “Supercomputers have been able to beat people at chess for a long time, but there are instances where a mediocre chess player and a mediocre machine will beat the individual supercomputer. It appears the speed of the machine and the decision-making and pattern recognition abilities of humans make a great combination.”

Understanding these issues can also help in addressing economic and social policy. Ideas such as providing people with a universal basic income — once proposed by economist Friedrich Hayek — may now need to be debated. Although perhaps this is in the realm of economic policy, Mostagir, a professor of operations and economics, thinks looking at these problems from an operations perspective might be the best way of attacking them.

“Operations is really the science of making things better,” he says. “It’s not only about streamlining supply chains or making airlines more profitable. We need economists to describe what’s happening and propose high-level solutions. But the nuts and bolts is where operations comes in. Labour markets could benefit a lot from optimization, and I believe our field [operations] is in a position to make a meaningful and lasting impact on how these markets are run.” 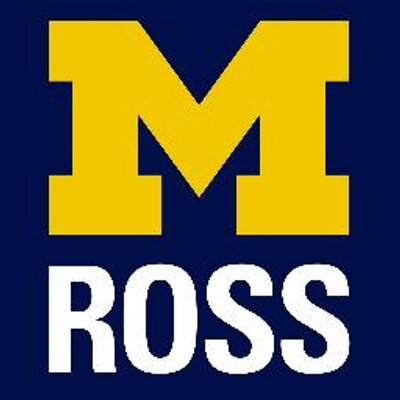 Productive Meetings and Conversations at Work

If Remote Working Is Here to Stay

With Georgetown’s Professor Jason Schloetzer, we consider a future of work increasingly characterized by remote working – and ask: how can we help our people thrive in these new conditions?

How to Arrange Remote Work to Boost Employee Satisfaction