Paul Danos on the ‘responsibility factors’, at play during the financial crisis, that lead executives to either ethical fame or failure 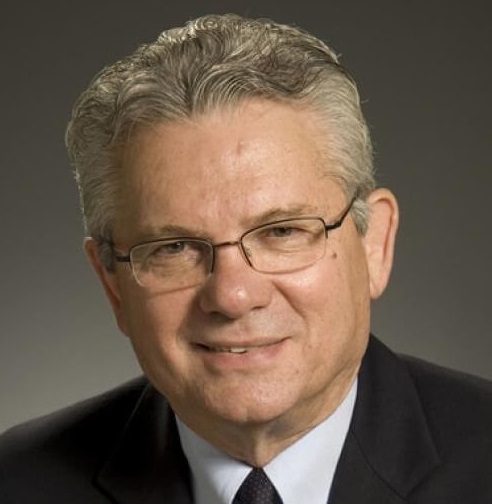 Paul Danos is Emeritus Dean of the Tuck School of Business

In the aftermath of the recent earthquake in Japan and resulting Pacific tsunami nuclear scientists in the country were initially slow to release details about the stricken nuclear power plant at Fukushima and downplayed the severity of the crisis they faced. But as information began to make its way out in media reports, scientists from around the world began talking, weighing the pros and cons of different approaches, and contributing to a collaborative solution to cooling down the damaged plant’s nuclear reactors, by drawing in water in from the ocean. In this case, collaboration helped to stabilize a disastrous situation and save lives.

Preventing an organization from falling prey to ethical failures—and their associated business and reputational costs—is not a simplistic task. Executives seeking to bridge the gap between corporate responsibility and individual leadership must understand the delicate interplay between corporate culture, communication, and leadership.

Business leaders must gain a strong understanding of this interplay by demonstrating the benefits of creating a collaborative work culture.

I suggest executives need to expand their view of ethics, accepting their obligation to fulfill all the responsibilities that come with their leadership positions.

We’ve all read the commentary blaming the financial crisis and other business failures on personal greed and the collapse of individuals’ ethical standards, but more than personal ethics was at play.

There are three ‘responsibility factors’ that help executives identify their responsibility ownership and the factors that result in failure to meet them. They are the knowledge to accurately assess the situation; the power to correct the situation; and an understanding of the breadth and depth of the duties inherent to their position.

My colleague Paul Argenti, Professor of Corporate Communication, stresses the need for executives to understand the weight their actions and directives carry in the wider organization.

“The number one reason people get into moral dilemmas,” Argenti says, “is pressure to meet unrealistic business objectives. When an executive says to an employee, ‘We have to get sales up,’ they have to consider what that directive means to the person who is listening.”

Syd Finkelstein, the Steven Roth Professor of Management, doesn’t differentiate between poor ethical outcomes and poor financial outcomes in the business world. He acknowledges that toeing the line comes naturally when grappling with performance pressure.

“The higher up an executive travels within a company, the more vital it is to teach, reinforce, and emphasize corporate responsibility to their team,” says Finkelstein. “Yes, executives are equipped to be responsible leaders—they have the intellect, the background and the training—but the question is whether they actually will.”

Pino Audia, who is faculty director of Tuck’s Center for Leadership and teaches in many of its Executive Education programs, equates responsible leadership with collaborative leaders who think broadly, have experience with different constituents, and are invested in delivering results to a variety of stakeholders—including  employees, customers, suppliers, and investors.

“You have to concentrate on the right behaviors,” Audia says. “Being a responsible leader is about generating new ideas and solutions. Often, those solutions reside within relationships.”

Finkelstein calls the very public disasters of recent years, including the financial crisis, just the latest examples of the importance between good ethics and good business decisions. “Some companies have a culture that pushes and emphasizes ethics and corporate responsibility,” he says. “A poor culture can haunt you. Being closed-minded, not asking questions—those are right up there at the top for being an irresponsible leader.”

He points to a prominent example from the past from outside the business world—the decision by major league baseball’s Boston Red Sox to be the last to integrate its ballclub with African American players—as being particularly revealing. “It’s an unusual industry, but there’s no question the team’s failure to integrate had significant implications on its ability to win in the years and decades that followed,” says Finkelstein.  “The lessons are the same there as what went wrong at BP with their response to the 2010 Gulf of Mexico oil spill. You fall into traps that you can’t see coming.”

Like Finkelstein, Argenti works with executives to approach moral issues with a framework in hand. He opens the discussion with seemingly disparate readings that set forth hard-hitting, real-life moral dilemmas. “In talking about the similarities in extraordinary examples,” he says, “as well as how we react to everyday situations, you start to see lessons that apply to the workplace—how we deal with stress, unexpected situations, a lack of integrated teams.”

“Those conversations around corporate responsibility are some of the richest conversations we have,” Argenti says. “It’s one of those killer sessions; the work is mind-boggling, exciting, difficult, but also rewarding. I get notes from participants who’ve directly applied a lot of the things we talk about.”

Audia says inevitably “the light bulb comes on” when people see the rewards. “Collaboration requires patience, and a time commitment. It takes a strong conviction—building trust through one-on-one meetings, seeking additional input that you think may not be totally necessary…Executives have to weigh the cost of time versus shortcuts that result in a more narrow approach to a problem.”

I am often asked if ethics can be taught effectively, am proud that Tuck helps raise executives’ awareness and sensitivity to the ethical issues that can arise in business situations. It comes back to the question of responsibility; are we doing all we can to promote more responsible behavior?  I think delving into those murky waters is a starting point towards more ethical behavior.”