Ethical Decision Making in a Crisis 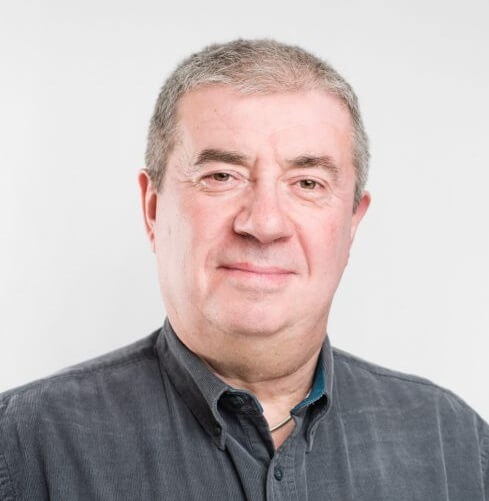 By downloading this resource your information will be shared with its authors. Full privacy statement.
From the arrest of FIFA executives for $230m worth of bribe-taking to the Boeing 737 Max debacle, which lost the company $40bn in stock market valuation, the business scandals that hit the headlines may be due not so much to a generation of irredeemably unethical business leaders as they are to the overwhelming economic temptations that lead otherwise principled people into making unethical decisions.

Facing an unprecedented economic crisis today, a potential global depression of pandemic proportions, it is timely to consider the importance of ethical business leadership.

Over the past twenty years my role as an experiential workshop facilitator has allowed me to observe the behaviour of current and emerging leaders as they undertake complex challenges. My conclusion is that quality decision-making depends largely on the degree to which an individual leader has a developed sense of ethics and integrity.

There is too often a tension between behaving ethically—doing what is fair for all stakeholders—versus doing what the situation and the organization demands in order to maximise results or to respond swiftly to competitive activity.

A prime example is the behaviour of finance companies in the 2008-09 financial crisis. The crisis was created by something utterly predictable: the inability of sub-prime mortgage holders ( Ninja mortgagees—No Income, No Jobs, No Assets) to maintain payments. The crisis became inevitable because—due to the vast amounts of corporate and personal profits to be made from these derivatives—the financiers were simply unable to resist temptation and call a halt to then unethical trading before it was too late. With their profits in jeopardy the financiers failed to be restrained by any overriding sense of ethics, integrity or greater social purpose.

I have observed over the years that many leaders find it hard to decide between what the ideology of their organization tells them they should do (behave ethically, observe given values, do that which is right and fair for all stakeholders), and what they feel the situation and indeed their organization actually demands of them (be expedient, deliver results, complete the task, meet expectations). When they do the expedient thing, and the decision proves popular and therefore right by acclamation, then in future decision-making, that expedient course of action becomes easier and easier to adopt, to the point eventually when the leader loses contact altogether with the organization’s original professed values and ideologies.

Look at Boeing: their decision to develop a 737 Max rather than build a new model in their battle for market share with the Airbus 320 was driven by expediency (customers like American Airlines wouldn’t wait for a new model to be developed and would switch to Airbus) rather than their values around fundamental safety and airworthiness. Mix in a compliant FAA and the temptation to make expedient, unethical decisions became unbearable. The cost is a fleet of aeroplanes lying idle and a grounded reputation.

Look at VW: leaders took illegal expedient shortcuts to pass emissions tests on their diesel engines and misled the industry and consumers about the true level of emissions. Clean Diesel was a global claim anchored in a hoax. The exhaust control equipment in the VW diesels was programmed with a defeat device to shut off as soon as the cars rolled off the regulators’ test beds, at which point the tail pipes spewed illegal levels of nitrogen oxides into the atmosphere, causing smog, respiratory disease, and premature death. To date the company has been fined almost $50bn worldwide .

How to create the conditions for ethical decision making

In his work on emotional intelligence Daniel Goleman defines ‘integrity’ as having three critical aspects:

An ethical organizational culture is one where employees at all level understand that integrity is at the core of all its activities. It is clear that employees at Boeing, FIFA and VW saw and grieved the lack of integrity but would not speak up.

To facilitate the right culture, it is important to prioritize employee engagement. An organizational culture where fully engaged team members support each other both personally and professionally, feel empowered and valued by their leaders, and where team leaders set high standards of ethics and purpose, is a culture that will support integrity and ethical decision-making even in a crisis. Companies which generated and supported such a culture prior to the pandemic will be reaping the rewards of their efforts now and in the unknowable future for which we are preparing; companies which lack this culture may find themselves hamstrung by decisions made within the organization which lack integrity and are self-interested.

The importance of employee engagement at the team level

Recent research, by Hult Ashridge’s Amy Armstrong, Sharon Olivier, and Sam Wilkinson, into the barriers to employee engagement at the team level is relevant here. The study identified four nuanced ‘zones’ of engagement into which teams could fall. They named these zones ‘Complacency’, ‘Disengagement’, ‘Pseudo-Engagement’ and ‘Real Engagement’. Leaders should be aware of these distinctions in trying to influence team engagement in their organizations:

Teams in the Zone of Contentment should be taken out of their comfort zone given new tasks and varied work.  Where teams are in the Zone of Disengagement, the team leader is often a major cause. Teams need leaders who demonstrate emotional stability and strong people skills and allow team members reasonable autonomy. Team members in the Zone of Pseudo-Engagement should understand that ‘looking good’ individually at the expense of the team is not valued. It is important to strengthen the connection between team members by co-developing a shared purpose. Although teams in the Zone of Engagement are performing at a high level, leaders should not get complacent. Set new challenges to excite team members, ensure regular feedback to keep individuals and the team growing.

Ensuring that people are given challenging and varied work, that they feel they can trust their colleagues, and that they can trust and respect their leader is absolutely essential in fostering engaged teams. Through my years of working with teams and their leaders I am convinced that building a fully engaged and trusting team is the real key to developing an ethical culture—one with integrity that supports ethical leadership and ethical decision making, even in the highly pressurized environment of a crisis.