LSE’s Niamh Dunne, Associate Professor of Law, discusses the challenges facing competition law as it seeks to deal with the evolving problems posed by Big Tech 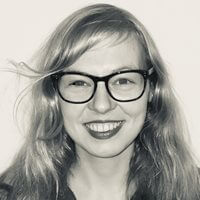 Niamh Dunne is an Associate Professor at LSE, teaching in the areas of competition and EU law.

By downloading this resource your information will be shared with its authors. Full privacy statement.
Competition policy—the structures governments have in place for the regulation of markets and monopolies—was first conceived in the late 19th century in the US.

The business models and services in today’s digital markets—and the anti-competitive behaviour arising alongside them—would be incomprehensible to previous generations of competition economists and lawyers. Thankfully, one of the virtues of competition law is a capacity for progressive development. It is designed to be adaptable to new market problems.

Two examples here that show how established principles of competition law are no longer a perfect fit for these new markets:

Perhaps the clearest rule in competition law is the rule against hardcore price-fixing between competitors—individuals can go to prison for engaging in it. What happens if price-fixing takes place through price-setting algorithms? There is no human involvement—these are autonomous learning algorithms. Should their use be prohibited? Should we hold firms using them responsible? Should we be sending business managers and algorithm developers to prison if their work leads to this?

The European Commission is currently investigating Amazon for taking advantage of its market position within its own ‘Amazon Marketplace’—imitating other companies’ best-selling products and selling them at lower prices. This is something supermarkets have done for many years with their ‘own brand’ products, and this has never been subject to competition law. Is there something very specific about the market power of Amazon—it’s information collecting advantages perhaps—that means we should make this illegal for Amazon?

As it seeks to solve new problems such as these, competition law is operating in a context of other challenging factors. Here are four of them:

1. The problem with duopolies

Competition law is playing catch-up in some respects—as it strives to adapt to new market circumstances. For example, many markets in the digital sphere are not clear monopolies—rather, we see a lot of duopolies. In advertising we have Google and Facebook; in OSs: Google and Apple. The conventional understanding of a monopoly, and competition law’s role in guarding against them, is no longer clear. We no longer have traditional markets, but rather eco-systems where the boundaries between products and providers are often blurred.

2. Fear of a chilling effect

In the US there has been a great reluctance to intervene in markets for fear of over-enforcement and a ‘chilling’ effect on competition. The assumption being that digital markets are so fast-moving, interference could deter businesses from innovating in ways that might be pro-consumer—best to leave the market alone, and it will eventually fix itself. Increasingly, that is no longer seen as an acceptable answer.

3. Lobbying and a polarised debate

Another problem we are facing is lobbying—both for and against tech regulation, in Brussels and in Washington. This is something which, I’m afraid to say, extends into the disciplines of competition law and competition economics. So much research today is funded by the Big Tech companies on one side, and parties adverse to Google or Amazon on the other.

The result is a stark polarisation of the debate. Big Tech is either evil and we need to break it up, or big tech is brilliant and about dynamic competition—and there is not much nuance in the middle.

Finally, many of the problems being laid at the doorstep of competition law, are not really competition problems at all. Issues such as Facebook not complying with data privacy requirements, or Amazon or Uber exploiting their vulnerable workers. There is a disjoint between the problems and the solutions competition law can provide. Competition law is great at creating an open market—it is not necessarily the right instrument for forcing Facebook to comply with the GDPR, or Amazon to give sick or maternity pay to its warehouse workers.

Niamh Dunne is an Associate Professor of Law at LSE, teaching in the areas of competition and EU law. She is a course contributor to LSE’s online certificate course Technological Disruption: Managing the Impact on Business, Society and Politics.

At LSE Executive Education, we see the world as interconnected.