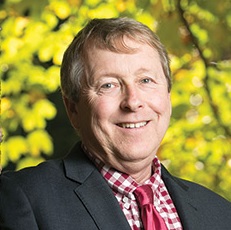 Every year, organizations spend considerable money training their leaders without really knowing which competencies are critical to high performance. This article describes a long-term research project that attempted to answer three questions:

This article provides answers to these questions and the answers may have a great deal of bearing on how organizations select and develop leaders.

The answers are to be found in what has been called linkage research. To understand the process of linkage research, it helps to start at the end of the road with the answers and then look at how the answers were discovered. Linkage research led us to discover that there are just a handful of critical behaviours that characterize what superior leaders do that differentiate them from their less effective peers. These behaviours have been highlighted in numerous studies, including the studies we conducted over a 20-year period. This research consistently found that leaders are superior because they excel at just a few things.

1. Create an achievement orientation by -

2. Create relationships based on –

This research also showed the work units of leaders who are judged to be highly competent in these behaviours consistently outperformed the work units of average leaders—generally by a considerable margin. Finally, this research showed that it is easier and more cost-effective to select leaders who have the prerequisite competencies than to try and develop these competencies. Let's look now at the process by which these answers were discovered.

THE PROCESS OF DISCOVERY

When we started this research project, we had an entirely different view of what constituted effective leadership practice and how the organization should develop its leaders. The first step was developing a leadership model consisting of behaviours thought to be associated with superior leadership. The outcome of this step was a definition of superior leadership that included 94 distinct behavioural indicators of competence. Leaders were subsequently trained to exhibit these competencies and then held accountable for achieving superior ratings from supervisors, peers and direct reports.

However, we found something very interesting and yet oddly unsettling. There was very little correlation between ratings on this large set of behavioural indicators and any measure of work unit performance. What, then, was the point of assessing leaders and using the results to train them?

This led to the second step of the research, which sought to discover if there was a set of specific leadership behaviours that were causally related to work unit performance. To accomplish this goal, a large group of over 500 leaders participated in a 360-degree evaluation process. What was different in step two was that independent measures of leadership competence were also gathered for each participating leader. These latter measures were the outcomes in this study and the leadership practices were the predictors. The results of this step showed that just a small subset of practices were involved in bringing about the observed positive relationship between direct report ratings of leadership practices and independent measures leadership competence (manager and peer ratings).

A third set of studies sought to determine the effect of these practices on employee morale and commitment. In this set of studies, measures of employee satisfaction, commitment and motivation were used as the outcomes, while employee attitudes were used as predictors. Again, we found that leaders who were judged superior at creating an achievement orientation based on a relationship base of trust and respect produced employees who were significantly more satisfied and committed to their work than employees of leaders judged to be just average in these competencies.

In effect, the former group of employees reported high feelings of self-efficacy, a term borrowed from social cognitive psychology that is defined as believing that one can influence the outcomes in one's life. In a real sense, groups whose leaders were perceived to care and empowered their employees to succeed experienced strng feelings of individual and collective or group efficacy.

This was promising information, but the CEO of the organizational sponsor wanted to know if there was also a relationship between leadership practices as measured by our small set of behavioural indicators and the financial results of the work unit. This led to the final step of the research process reported here. For each work unit studied, a set of balanced performance metrics was created. These performance metrics were used as outcome measures to determine if there was a relationship between leadership practices, employee attitudes and work unit performance. The results were very clear and interesting. A small set of behaviours, when exhibited with superior competence, as judged by employees, were clearly linked to high levels of self- and collective efficacy, which in turn were linked to superior work unit performance.

As the understanding of the link between perceptions of leader's practices, employee attitudes and work unit performance improved, the logical next step in the sequence of events was to apply consequences to leader behaviour. Prior to applying consequences, however, a new contract between leaders and the performance management system of the organization was created. This contract spelled out the new expectations regarding leadership practices and the consequences attached to success and/or failure. A moratorium on applying consequences lasted 18 months, and the expectation was that during this time, the leadership of the organization would learn new or improve existing practices such that their practices were aligned with the new covenant.

During the moratorium, leadership practices and work unit performance was also tracked, and an interesting fact emerged. The teams of leaders who were judged superior on the vital few practices consistently outperformed the teams of leaders who were judged to be just average. Further, this difference grew over the 18-month moratorium period. One implication of this finding was that some individuals cannot easily learn how to create a context of efficacy.

The final step concerned the issue of how to build winning leadership practices in the organization. The answer was to develop an integrated accountability process that held leaders accountable for both financial, objective performance metrics and non-financial, cultural or contextual performance metrics. The process would select or reject leaders based on their performance. Over a 33-month period, the company, which began this period below average in terms of return on capital expenditures, moved to number two in their 15-member competitive industry group. They won a prestigious national award for the integrated accountability system they deployed and leadership selection, development, and rewarding became a key strategic priority.

A MAP OF REALITY

It is possible to summarize the research described above in terms of a very simple model as illustrated in Figure 1 below. The most important aspects of this model for creating winning leadership practices are: 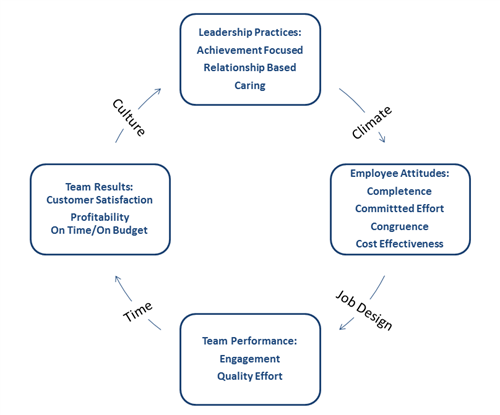 Building a leadership development system that consistently generates the right leaders at the right time should be a number one priority for every board of directors and CEO. This task should be approached with the same vigour and discipline as researching the determinants of customer loyalty. The root of the solution is to base decisions on a carefully executed series of linkage studies. In the research previously described, a series of logical steps were taken:

Step 1: A model of leadership practice and work unit performance was developed.

Step 2: Data were collected that related to the assertions made by the model

Step 3: The model was validated using highly available statistical tools such as regression analysis or structural equation modeling, and then was refined gradually over several iterations.

Step 4: The relationship between the model and performance metrics was tracked over time.

Step 5: An integrated accountability process was designed and deployed that enabled the organization to base its actions relative to incentive payments and promotions on both non-financial and financial or operation performance metrics.

To sustain winning leadership practices, not only is it necessary to define what leadership is, it is also necessary to hold leaders accountable for both financial and non-financial performance goals and metrics.

This article was written by Skip Culbertson, Oscar Mink, and Keith Owen

We’re the B-School built for the persistent. The genuine. The professional who knows he or she hasn’t heard it all before-and uses that humility to grow. To learn. To change. Take note of Vanderbilt. We’re building a new type of business leader-together.

The Three Shifts of Leadership Mastery

Leading Your Business with Responsibility to People and Planet [Webinar]