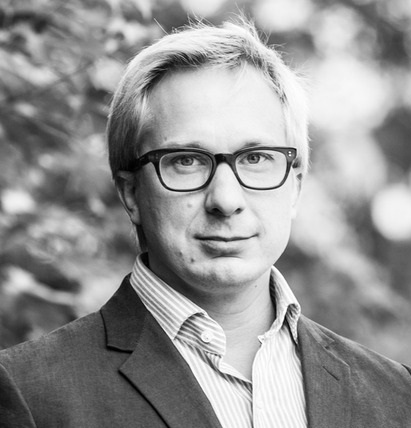 Henri Schildt is a professor at Aalto University School of Business

The world is also changing around companies operating in the domestic market - strategies have to ‘think’ global. New strategies are often based on data masses and optimization, says Professor Henri Schildt of Aalto University School of Business.

Taxi driving was regarded as a local business - until Uber was established in California and taxi drivers in Helsinki had to start considering how to address this new competitor. Professor Schildt uses this example to illustrate why there is no longer such a thing as a purely local strategy.

“Even if you do not internationalize, you have to think about your relationship with international players which may be heading for your market. Global companies used to be the underdogs in local markets, whereas local companies were able to operate more efficiently at home. In the digital era, companies like Google and Amazon have shown that this is no longer the case,” says Schildt.

Digitalization is another indispensable element in strategies, in addition to the global perspective. However, in order to become a competitive advantage, this buzzword needs to be made highly tangible at company level. Schildt compares digitalization to electricity: everyone uses it, but the key issue is how.

“Digitalization used to merely support companies’ operational activities, but it now lies at the core of their strategies. Research indicates that 90 percent of strategic initiatives taken by American companies are based on software of one kind or another,” comments Schildt, who works in the Department of Management Studies at the Aalto University School of Business.

Schildt prefers to talk about data-driven, rather than digital, business. In more and more sectors, companies are wondering what kinds of business they can engage in on the basis of the data masses flowing in the sector, and how they will impact on organizational activity.

Big Data has been a buzzword referring to a huge mass of diverse data. Schildt believes that this term has already lost its meaning, since the related technological problems have been solved. The size of the data mass is irrelevant - the real-time aspect and instant process optimization are more important.

“In a learning organization, people learn to understand processes as well as possible. Now we are moving into the era of the optimizing organization. The strategy of such an organization asks which critical issues should be optimized and where the required data flows can be found.”

Optimization is often related to the platform economy: there is no need to own goods if you can function efficiently as an intermediary, bringing the owners of goods together with users who need them. This is where we move on to the next element of a modern strategy, networked collaboration. Collaboration is becoming easier as technology lowers the boundaries between companies.

Risks shared through collaboration and networks

Company networks and partnership structures are another way of sharing risk in an uncertain world. It is undeniably easier to outsource in London than in Helsinki, since company ecosystems are not as well developed here.

“Finland is such a small country that we need to function more effectively in networks than we currently do,” Schildt points out.

With the world and the competitive situation changing at an accelerating pace, traditional long-term strategic processes are only being used in a few sectors, where investments are still capital-intensive and slow.

“Nowadays, strategy work is also more about business model-based and customer-driven development. Practices have been inherited from the software sector, investments are smaller and new ground can be broken by individual teams.”

Agility is needed in unpredictable situations

This kind of approach helps companies to survive in an uncertain world, where changes are anything but linear.

“If you can’t predict what will happen, you should at least become more agile. Uncertainty means that you have to be more experimental and able to wind up strategic initiatives quickly, if the world is headed in a different direction. In addition, the management should have a better feel for what’s new in the sector and what customers want.”

Schildt believes that the need for more sectoral expertise can be seen in the fall in the share of CEOs with backgrounds in finance or accounting. CEOs with an engineering or sales background tend to be more common nowadays in growth companies.

Schildt points out that some issues remain the same, even if strategic thinking has changed in many respects. Even the most ingenious strategy is no guarantee of success without skillful execution.

“It is extremely difficult to draw up a differentiated strategy. The sources of competitiveness are always sectoral and organization-specific - in most cases, only a certain group of strategies can succeed in a given sector. However, no matter how distinctive your strategy is, it needs to be executed extremely well. Managing people is still much the same; change is always slow and painful.”

Henri Schildt is a professor at Aalto University and his research interests span technology strategy, organizational change, and strategy process. He is also an instructor in Aalto EE's Global Leader program which is an international program that strengthens the strategic skills of leaders who manage across functions in a multinational environment.

This article was written by Heidi Hammarsten and first appeared on the Aalto EE website.

Explore vs. Exploit for Renewal and Recovery