The Need to Speak Truth to Power 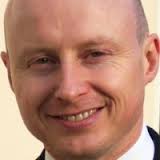 Solomon Asch created a series of experiments to demonstrate the power of social conformity. Humans are the most social of all animals, and from the earliest days, we have struggled with the need to fit in with the group. The need to be accepted by the community was often literally a matter of life and death. We also learned to respect the authority figure in the group under fear of rejection.

This is one of Solomon Asch’s experiments:

These primal needs have left a legacy. They showed that most people are willing to give up their individuality to conform to the behaviour or opinion of a group of three or more people. Stanley Milgram devised experiments that showed that under instruction from an authority figure (a man with a clipboard and a white coat!) many people will administer painful, and even lethal, electric shocks to unseen strangers. Jack Welch, the former CEO of General Electric believed that honesty and candidness were the secrets to organizational success. He believed that if we could only speak the truth to each other and ourselves then all would be well, or, at least, a lot better. Given the experimental evidence, it is not surprising that people in organizations find it hard to be candid and to speak truth to power.

As I write this, the first US cruise ship just docked in Havana to joyful scenes. US ships were not always so welcome. In 1961, after consulting with his advisors, John F. Kennedy approved an invasion of Cuba to overthrow Fidel Castro. Advance press reports alerted Castro to the threat. Over 1,400 invaders at the Baha de Cochinos (Bay of Pigs) were vastly outnumbered. Nearly 1,200 surrendered and others died.

“How could I have been so stupid?” Kennedy asked afterwards.

Yale psychologist Irving Janis felt that many of Kennedy’s top advisors were unwilling to challenge bad ideas because it might disturb group concurrence. Fears of shattering warm feelings of perceived unanimity – of rocking the boat – kept some of Kennedy’s advisors from objecting to the Bay of Pigs plan before it was too late.

Advisor Arthur Schlesinger lamented: “I bitterly reproached myself for having kept so silent during those crucial discussions. I can only explain my failure to do more than raise a few timid questions by reporting that one's impulse to blow the whistle on this nonsense was simply undone by the circumstances of the discussion.”

By contrast, in the 1962 Cuban missile crisis, JFK had revamped his decision-making process to encourage conflict and critical evaluation. Internal debates allowed realistic scrutiny of alternatives. The U.S. blockaded Cuba and eventually Khrushchev removed the missiles.

Robert Kennedy wrote: “The fact that we were able to talk, debate, argue, disagree, and then debate some more was essential.”

We talk glibly about how we hire for diversity and encourage debate, but is that really the case?  Observe some of your internal meetings. Decisions are rarely democratic. In most situations, the majority defer to the one or two opinion leaders and then vehemently agree with each other. Harmony reigns and we pat ourselves on the back for our maturity and our emotional intelligence. How can we make sure that harmony is not really apathy? How can we make sure that every opinion is heard and optimal decisions taken? If we all agree, all the time, then many of us are not required. If you are one of those who people follow, or you are a follower of others, neither of you is contributing to creating the best possible outcome.

Give yourself a challenge this month. Embrace conflict, invite the difficult people to your meetings and personally determine to understand and to be understood.

Vanderbilt University’s Shayna Humphrey on how to gain the resilience, composure and self-management needed to lead others effectively through challenging times