See, Be and Make the Change

If you think you are done learning. You are done. This is true for leaders, organizations and nations alike. In this interview Kenneth Mikkelsen, an associate of Emerging World, talks to IEDP about the way Kuwait and its largest company Kuwait Petroleum Corporation is preparing for a future beyond oil.

Kenneth Mikkelsen is an author, speaker, executive educator and leadership adviser and admitted in a conversation with IEDP that “I started asking myself a while ago why we don’t have better leaders if the leadership development industry is doing such a good job.  And, I feel that traditional providers of executive education are getting increasingly obsolete, because they rely on old maps in a new territory.” This obsolescence is in large part due to the well-documented change in the business environment being brought about by the effects of digitization that affects all sectors: its increased velocity of change and complexity.

In a recent program with the Kuwaiti Petroleum Corporation (KPC) and Emerging World, the leadership development provider that founds its engagements on immersive learning experiences, Mikkelsen was able to introduce his approach to executive learning in the 21st century. “We spent nearly four months designing the program to ensure that our interventions were firmly anchored pedagogically. As part of this we identified global megatrends impacting the oil/gas industry and the world at large and held it up against Kuwait’s historical development and how its people dealt with change and learning. It was a multidisciplinary approach that combined insights from psychology, sociology, philosophy, neuroscience and history. Our approach was significantly different from what KPC had previously experienced from working with established business schools. We didn’t assume that we have all the answers and it took a lot of humility, open questions and active listening to create the program.”

In an age when content is boundless, very largely free via the internet and consequently easily consumed and accessed online, Mikkelsen sees that the primary required role now is that of guide not expert. This is an idea that many on both the client side and frequently amongst faculty, find very hard to come to terms with. Traditionally, education interventions have been centered on the ‘sage on the stage’ imparting knowledge, predominantly on fixed, tangible issues. Today, when it comes to leadership and organizational behavior questions, fixed frameworks and strategy approaches are of less relevance – the focus needs to allow flexibility, extended engagement with the wider eco-system and devolving decisions to the lowest levels possible. It requires a move away from hierarchies and formal structures and certainty to the ambiguities and volatility of today’s fast-moving business environment.

The program Emerging World, with Mikkelsen, designed for KPC was shaped to answer two core challenges:

This was particularly in response to the Kuwaitis’ 2040 plan to diversify their economy beyond that of a purely oil-based one, and also reduce their dependency on expatriate expertise and boost a ‘Kuwaitization’ of the workforce.

The resultant ‘Change Agents’ program was developed for 71 senior managers moving into new more influential roles. The program was founded on six principles based on Emerging World’s and Mikkelsen’s learning philosophy:

Mikkelsen believes that the language in business today is too unimaginative and restricted to deal with the modern complexity and the major challenges in society that we currently face. For that reason, the Change Agents program was framed in simple words by calling the three modules: See the Change, Be the Change and Make the Change. It created a common ground for people and enabled the managers to relate to the elusive concept of change, bridging different perceptions and shifting the conversations. The program was delivered in three four-day modules, the first in London, second in Mumbai and third in Copenhagen, each module included two-day action learning sessions while the geographical location was used actively to shape and support the content and delivery.

In London the purpose of the module was to open the participants’ eyes by exposing them to a wide range of societal, technological and economic trends, the macro-perspective, while simultaneously working on their own personal lifeline as a way of interrogating how their perspective had been shaped by significant events in their own life, the micro-perspective. 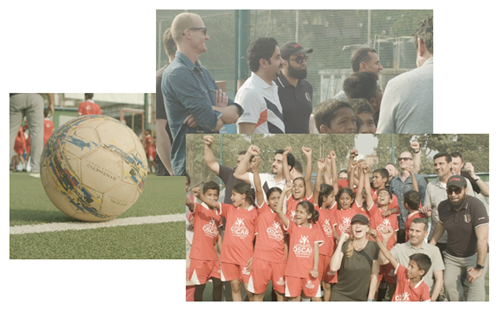 In Mumbai the module was to help the participants maintain balance, reconcile dilemmas and be comfortable with managing in complex ways. This was done through a visit to leading Indian conglomerate Mahindra Group, and also time spent with the Oscar Foundation that, instils the values of education and community participation through football, positively impacting more than 3000 children and their families across India. This element included the senior manager participants playing football with the children in a Mumbai slum.

In Module Three the participants engaged in dialogue with local change agents from the gastronomic sector, the start-up community and leading urban planners in Copenhagen. They also engaged with and learnt from two international change agents who had led large scale change initiatives and successfully dealt with resistance to change while also reinventing themselves. Copenhagen, as a city that had reinvented itself from a fishing and shipping based economy to a diverse modern one, was emblematic of how Kuwait can change too.

Too often managers and leadership development experts fall in love with one theory that merely offers one lens to look at the world through. For the KPC program, Mikkelsen and Emerging World sought to overcome this limitation by bringing a myriad fragments of management ideas together. Mikkelsen says “I see a big disconnect between management thinkers who primarily seek to address change from an organizational point of view by optimizing systems and processes, and a self-help industry at the other end of the spectrum that narrowly promotes individual performance and fulfillment of our human potential. Both perspectives are a watered-down and simplistic interpretation of reality. Individuals and organizations don’t exist or develop in isolation. We say that want human organizations, and yet we struggle to bridge these two polarities. In order to do that, we need a more holistic approach to educate the leaders we need in the 21st century.”

This wider approach to development is the foundation of Mikkelsen’s three-dimensional learning philosophy where people need to not only embrace life-long learning, but also life-wide and life-deep learning, to enable them to adapt and thrive in times of change. 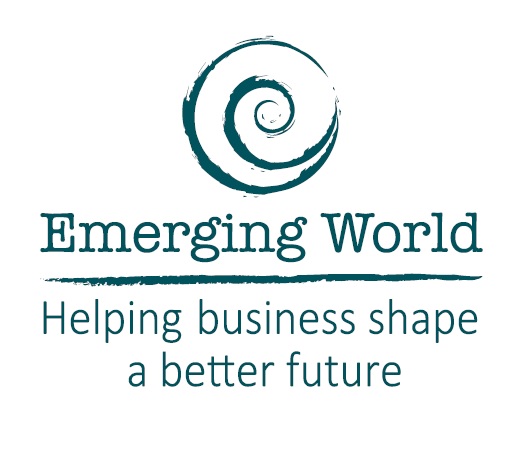 What Exactly is Team Coaching?