Hiring for an Ethical Culture

Hiring for an Ethical Culture

Finding employees who endorse, shape, and push an ethical culture

In our highly competitive business world the pressure to succeed can lead executives to seek shortcuts and resort to misconduct in pursuit of their goals. Yet, considerable evidence shows that organizations that avoid unethical shortcuts and take the longer route are more likely to build a long-term sustainable future.

To follow this path, organizations need an ethical culture to steer them through times of stress, hyper growth, or structural change. And maintaining an ethical organizational culture comes down to the people you employ.

In a recent blog post David De Cremer, KPMG Professor of Management Studies at Cambridge University, Judge Business School, discussed the importance of hiring the kind of employees who will endorse, shape, and push an ethical culture.

In this extract David De Cremer highlights traits to look out for when hiring:

First, you want employees who will notice when something unethical is happening. In this respect two dispositions are very relevant:

Individuals scoring high on this trait are careful, reflective, and reliable, which means that they tend to be responsible organisational citizens. Research shows that conscientiousness is indeed positively associated with higher levels of moral reasoning, leading people high in this trait to display less antisocial, unethical, and even criminal behavior.

Building an ethical culture not only requires people being aware of ethical challenges, but also that they have the intention to take them seriously. Two types of orientations can influence this in particular:

Individuals with a strong sense of duty tend to be loyal and mission-oriented, and motivated to take action on what they perceive as a problem. Research has shown that a high sense of duty orientation leads employees to voice more quickly their concerns.

Employees who are strongly motivated to prioritise the needs of customers also tend to adopt more ethical attitudes in the experience and execution of their job. Customer oriented employees tend to be more ethical because they value the others’ needs as highly as their own and create less conflicts of interest in their relationships with others. As a result, they are more willing to address and signal challenges that violate ethical rules and expectations. Research shows that exactly those serving qualities make customer oriented sales agents engage in less unethical behaviour than their sales-oriented counterparts.

Finally, in addition to noticing ethical issues and being motivated to address them, employees need to act. In this respect, two personality types are especially important:

Although assertive individuals can sometimes be regarded as grating, the trait of assertiveness is essential in building ethical cultures. In any group, the pressure to conform is high. As a result, the default is often not to question decisions – much less ethically questionable ones. Assertive individuals are the ones who can prevent such groupthink by standing up to the pressures of conformity even (or especially) when doing so carries risk.

In this short video Dave De Cremer discusses Judge Business School's New Leadership program - due to be run in June: 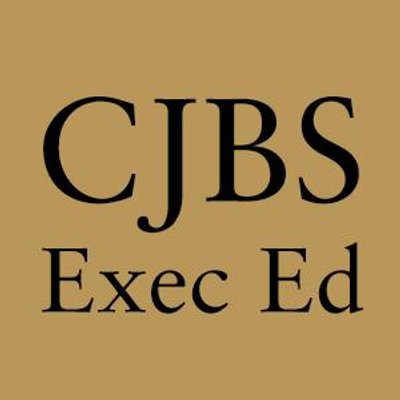 “We deliver executive education experiences to develop the skills and mindsets that push forward the boundaries of value creation.”

How corporate culture and leadership are being developed at Banco Santander