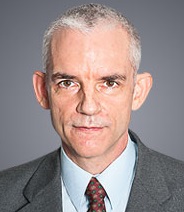 CSR has to be about ethical principles that reduce negative impacts of all kinds but too often it is reduced to a box-ticking exercise across internationally accepted standards that may not address specific local issues, with the result that negative impacts persist.

Global CSR frameworks are not sufficient in themselves, because so many social issues and sustainable questions are specifically local. Executives therefore need to think more carefully about being ‘good neighbours’ as well as being concerned ‘global citizens’. Historically Mexico has had a strong history of corporate paternalism with family firms taking a long-term, stewarding approach to the business and its employees. This abruptly ended with the entrance of Mexico into the North American Free Trade Agreement in 1994. The traditional corporate paternalism has gradually been dismantled in favour of a newer global CSR approach, in part because the box-ticking is less expensive than the corporate paternalism that involved everything from company-sponsored clinics to housing and recreational activities.

Large Mexican businesses have been enthusiastic embracers of CSR in recent years. The Mexican Center for Philanthropy (CEMEFI) now recognizes hundreds of companies that engage in CSR practice that meet certain minimal standards. The Mexican business magazine, Expansion, has for three years surveyed CSR practice among its list of Expansion 500 companies and recognizes top CSR performers. In fact, CSR has become a required course in many undergraduate business programs and a topic for addresses to university graduates.

So, what is wrong with this picture? On the one hand, it is a great thing that Mexican companies have become so involved in CSR. Yet, amazingly, as one looks more closely at the nature of the discussion and the way that CSR is being practiced, it seems as though CSR is mostly an imported concept. In the surveys and rankings, the requisite questions on gender diversity, ethics code, charitable contributions, employee voluntarism, use of renewable energy, and recycling, all appear. Yet the local contours of social responsibility are often forgotten.

Take the issue of discrimination. Many corporate social reports comply with standards established by the Global Reporting Initiative (GRI). GRI 405-1 asks about gender, age group and other minority or vulnerable groups. Whether a company reports on minority groups is up to the firm. In its 2014 sustainability report, Cemex, the multinational building materials company, disclosed that it had no violations of human rights of indigenous peoples; while, Femsa, a multinational retail and beverage company, did not even mention the issue in its 2014 report. Yet both of these companies are located in the Mexican city of Monterey, where people most discriminate against indigenous people![1]

CSR and disclosure are largely driven by a global CSR agenda where there is little attention paid to local issues. There are many kinds of discrimination that are routinely practiced in Mexico, and routinely ignored as an issue by firms, except for gender. For example, employees and job candidates are routinely discriminated against based on age, pregnancy, testing positive for diabetes, having tattoos, or ethnic background.

Discrimination is not the only problematic area. Under Mexican law, private firms are required to participate in a profit sharing plan whereby ten percent of profits are shared with full-time employees, whatever their level in the firm. Companies routinely create other companies in ways so as to isolate employees in companies with zero profits so as to avoid profit sharing.

In the case of local issues, the Mexican social landscape has a unique shape, based on the country’s history, especially since the Mexican Revolution (1910-1920). Certainly, Mexico is influenced by global tendencies, but the contours of its approach to CSR need to take into account its own special circumstances and history, which are often forgotten by companies.

This is not to say that climate change and women’s rights are not important issues in Mexico. Of course, they are. But political risk is driven by local issues, not global issues.  The reluctance to share profits with employees increases income inequality and most likely the perception that the system only benefits the rich, rather than the poor and middle class. Addressed properly Mexican firms could reduce popular discontent and stand out on the world stage for their willingness to implement a unique approach to sharing the wealth.

So how can companies meet the challenge of being good neighbors as well as global corporate citizens? Executives should begin by identifying the expectations that people have of firms locally at the level of their city, state or province, or nation.  Managers need to ask whether there is some way to create a business case for local CSR initiatives. They can then identify other firms with whom they can collaborate to respond to local issues. Finally, companies can identify partners within government and the social sector that can help mobilize resources to correct problems.

Take the case of discrimination against indigenous peoples. Fostering positive attitudes and practices has to be the job of many actors working together in government, civil society, as well as business. Working together on local problems is what being a good neighbour is all about.

Dr. Husted is currently a full-time professor in EGADE Business School, Monterrey. He also has worked as professor in Tecnológico de Monterrey, IE Business School, EMI (Bolivia) and Univesidade Federal do Rio de Janeiro. He currently holds a joint appointment with the Schulich School of Business, York University where he is member of the Haub Chair in Business and Sustainability. Dr. Husted is also member of Mexican Academy of Sciences and the National System of Researchers (Level III, 2014-2018).

Profit Plus People and Planet