A Practical Path to Leadership Greatness

“In this complex, volatile world the only thing one can always control is one’s attitude” says Prof Hitendra Wadhwa of Columbia Business School 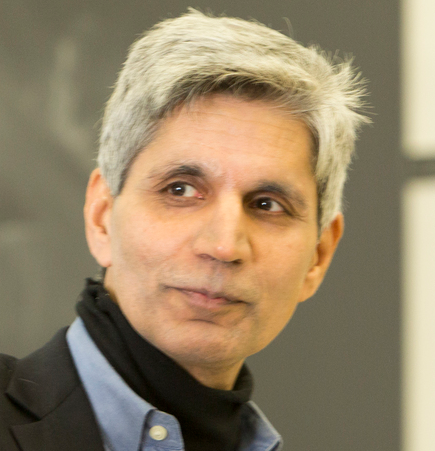 Hitendra Wadhwa is Professor of Practice at Columbia Business School and founder of the Institute for Personal Leadership (IPL).

Wadhwa takes an empirical and personal approach to leadership behaviour. Previously great personal leadership wisdom has come from the prophets and saints; philosophers; and more recently a panoply of self-help gurus, but Wadhwa’s work moves from ‘faith-to-fact’ drawing on the recent advances in neuroscience, psychology and psychotherapy and marrying that with academic research into the behaviour of great historical leaders.

Wadhwa’s Personal Leadership approach “makes you operate as your “best self”, so that you can approach the epic and everyday moments of leadership in the optimal manner despite the stress and strain of work and life. There are five elements to this” he says “(a) Purpose – a strong sense of direction in life and leadership, (b) Wisdom – a mastery over your thoughts, emotions, and beliefs, (c) Self-Awareness – an understanding of your inner core, (d) Love – a deep connection with people, and causes, and (e) Growth – a capacity to continually assess yourself and grow.”

He observes that many great leaders have cultivated certain ‘powers’ that have enabled them to rise beyond what most people can achieve, and he contends that recent scientific findings allow us all to draw upon these to enable us to achieve our potential more fully.

The likes of Churchill, Gandhi, Lincoln, Martin Luther King Jr and Nelson Mandela all had the ‘power of dreaming the impossible’. That is they were able to envisage outcomes that might have seemed unreasonably distant and unachievable to others – and allied this with their ‘power of purpose in life’ that both inspired themselves and those around them.

These two ‘powers’ however are insufficient for great leadership according to Wadhwa’s analysis – it is the third that binds them together, ‘the power to rise above the ‘noise’’. This is where the advances in neuroscience, psychology and psychotherapy are playing their part in providing the empirical foundations to what, thus far, have just been notable observations. New understanding of how habits, values, mindsets and emotions influence our behaviour – and how in turn we need to be able to master them, leading to greater self-awareness and control.

Wadhwa’s study of great leaders shows that they had unusual levels of self-discipline. He cites Martin Luther King Jr’s continual provocation at the hands of his opponents, those in government as well as other black leaders. Wadhwa quotes King:

“You must be willing to suffer the anger of the opponent, and yet not return anger. You must not become bitter. No matter how emotional your opponents are, you must be calm”

and notes that great leaders do not ignore their anger, nor do they allow themselves to get consumed by it. Instead, they channel the emotion into energy, commitment, sacrifice, and purpose. They use it to step up their game. And they infuse people around them with this form of constructive anger so they, too, can be infused with energy commitment, sacrifice and purpose.

President Lincoln famously appointed Edwin Stanton as Secretary of War during the US Civil War. Stanton and Lincoln had worked together before, and Stanton had frequently been dismissive and cynical of Lincoln, but Lincoln recognised Stanton’s abilities and rose above their personal differences to appoint him. Then once, Secretary of War Stanton refused to follow a presidential command and added to this by calling the President ‘a damn fool’. When Lincoln was informed about this, he exclaimed, “He called me a damn fool?" "Yes! Not once, sir, but twice!" replied the excited congressman who had brought him this news. "Well, Stanton speaks what is on his mind, and he is usually right about what he speaks, so if he called me a damn fool, I must be a damn fool. I will go to him now and find out why," Lincoln’s reaction, Wadhwa notes, was both humble and great leadership. Rather than over-ruling Stanton and imposing his authority, he was able to stand back and acknowledge that he had appointed Stanton for his clarity of thought, and to open his mind up to challenging his own decision.

This is a great expression of Personal Leadership claims Wadhwa. To be an exceptional leader you “need to be both flexible and at the same time, centred and grounded – anchored in a sense of direction and purpose….great leaders need to have the capacity to be both adaptive and resilient and to surround this ability around a stable core, an inner anchor.”

The Personal Leadership approach offers a system – insights, frameworks, tools and real-life examples – that allows you to close the gap between this Optimal State of Self-Mastery, of which we get glimpses in the lives of these ‘Greats’ and where you are now, your Present State. His studies of the great leader shows that they, too, made a similar journey in their own lives – they were not born perfect, they for the most part did not attain perfection, but they certainly came much closer to the Optimal State over the course of their lives.

At the heart of Wadhwa’s system of Personal Leadership is a practical toolkit to achieve Self-Mastery along the five elements of Purpose, Wisdom, Self-Awareness, Love and Growth. For example, Wadhwa notes that executives in today’s rapidly changing environment are often plagued by anxiety. Like King’s anger, this anxiety can be channelled and productively deployed – and when this ability to channel is learned, self-awareness, calmness, composure and clarity will follow – and the right decisions and actions can be taken. The control of attitude leads again to success.

The 4th Industrial Revolution will require a major shift in management outlook and performance⁠—a step up from ‘Level 1’ to ‘Level 5’, says Prof Vlatka Hlupic

‘Eco’, ‘Ego’ and ‘Intuitive’ Leadership – A new leadership code for the 21st century